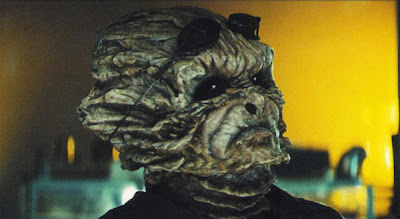 The most original retrofit to Star Trek in the new film is a sidekick for Scotty. This igneous-headed, onyx-eyed dwarf serves some purpose, I'm sure, purloining cask malt whisky perhaps. Lacking any clear function beyond being so ugly it's cute, the little guy has become my poster alien for what is wrong with the movie: the creative minds rebooting this classic science fiction series have done everything they can to make Star Trek so much like other action-adventures in space that it is nearly indistinguishable. Misunderstood young hero with a destiny to fulfill? Claustrophobic fisticuffs, zany pratfalls, menacing CGI-beasts and epic explosions in space? All of these and much more can be enjoyed at a theatre near you.

Don't misunderstand: we're talking about a very entertaining couple of hours, made even moreso at an IMAX cinedome. This is a spectacular adventure. When you emerge, it might trouble your thoughts a moment to remember what the movie was -Star What? It not only shares several tropes with Star Wars but piques crowds not necessarily inclined toward scifi with hyper-action that owes more to the Bourne Identity series than any other.

Let's talk about what has made Star Trek work in the past. Do you know anyone that doesn't hold Star Trek II: The Wrath of Khan as the peak achievement of the series? This is assuming, of course, that you know people who care that much about Star Trek. What makes it stick? Literate script and a memorable villain are two qualities that leap to mind. Jump ahead and consider the villain of Star Trek (which is not numbered or sub-headed), a Romulan with a huge grudge who meets his fate gaping at a flash of light. Really? Compare this with Khan, who dies creating a new planet and quoting Melville. Then again, don't bother -because there is no comparison.

I don't mean to compare Star Trek with older episodes so much as hold it up to scifi greats in general. The second Star Trek film (I'm weird and prefer the first) holds up to, say, the second Star Wars film, The Empire Strikes Back, which is arguably one of the finest scifi films there is; it isn't laughed off the screen if 2001 or Blade Runner are mentioned, and not merely because it has a great villain. It has substance and leaves us with something more. What Star Trek leaves me with is a homogeneized afterglow indistinguishable from many other action-oriented movies I've seen in the last few years. Don't hate me if I'm looking for something more!

The basis of science fiction is to explore unknown territory rather than repeat what has come before or strive to resemble other presentations of familiar narratives. The best example of this is Dune. It's space opera, yes; it's a recycled messiah myth, yes; it's a philosophic tractate on the nature of reality... well, yes, and isn't that all at once wonderful and strange? It breaches the limits of our expectations and takes us where we never imagined we could ever go. This to me is the essence of what makes great science fiction, which more than any other genre has the potential to show new ways of thinking, feeling, and experiencing what is beautiful about life.

I was entertained by Star Trek, and for a popcorn matinee that is sufficient. For science fiction it is retrograde in more than its recreation of what came before; that it strives mightily to be another blockbuster entertainment and fails to astonish or take any chances at all is what disappoints. We need more than a rock-noggined sidekick to tell this one apart, but sadly that's all we get.
Posted by Unknown at 7:21 AM 3 comments 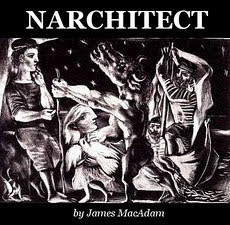 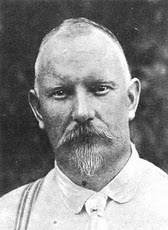